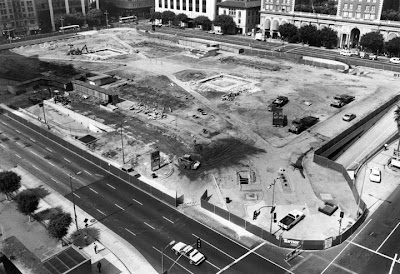 Gee, has it been 15 years since we ripped apart Pershing Square? How time flies. The photo at right, from the Los Angeles Public Library, was taken by Cary Moore and shows the last re-do, in 1993.

According to the Los Angeles' Times front-page story, which includes some lovely photos and a short history of the park since 1866: yes, the place is about to be redesigned--this time, as an area more friendly to the many residents of the area. Changes will be funded in part by the Park Fifth project, providing, per David Houk, Director, "As much grass and trees as possible." 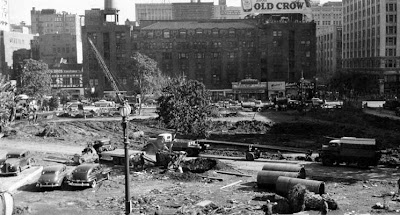 Sounds great. This photo, also from LAPL, is undated, but I would guess from the cars that it was taken in the 1940s.

The park was renamed in 1918 for General Pershing of WWI fame. The Times photo essay has a picture of the pre-Pershing, 1885 "Central Park". A steepled church stands in the Biltmore location.

When the park's name was changed by order of the City Council, LA's Mayor Woodman objected. Seems the council had previously passed civic rules to keep crowds from congregating in the square, and he fussed that the new name, along with a planned memorial honoring the soldiers and leaders of the Great War, would violate all those rules. Well, they were probably silly rules to begin with. 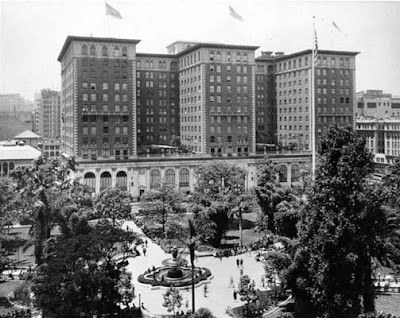 In April 1919, the Square was the scene of a huge welcome-home victory celebration for the soldiers. A band played "Hail, Hail, the Gang's All Here," and "Hot Time in the Old Town Tonight," then the "Star Spangled Banner." The regiments broke, and all the soldiers began mixing with their loved ones. Meal tickets were handed out so that all the men of the 160th Regiment could eat at the downtown restaurants (thanks to the Red Cross). Several companies were served lunch in the banquet hall of the Trinity Hotel.

That was long before this picture was taken, since the Biltmore opened in 1923.

Posted by Vickey Kall at 4:29 PM No comments:

"Tales of the macabre at L.A. Hotels"--an Oct. 22 story in the Los Angeles Times Travel section--tells of three hotels where big names checked out the hard way:

You know Sam Cooke's music: Chain Gang, You Send Me, Cupid, Shake, Bring it on Home, Wonderful World, etc. In the 50s, he was a gospel singer who switched to soul...in fact, he pretty much designed soul. On December 11, 1964, he checked into the Hacienda Hotel. Late that night, one woman called police claiming she'd been kidnapped and escaped. Minutes later, a friend of the manager of the Hacienda called police l, stating that she'd heard gunfire. The manager claimed she'd shot a near-naked Cooke in self-defense. 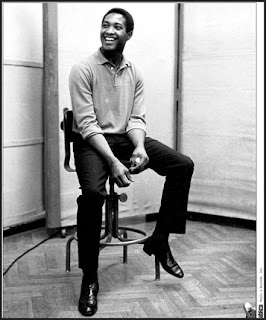 Wikipedia has a summary of all this. Was the first caller, who ran from Cooke's room, really a near-rape victim who grabbed both their clothes in confusion as she ran away? That's what she claimed, but she was arrested for prostitution a few weeks later. The initial report in the LA Times of 12-12-1964 called this woman a "Eurasian vocalist" that Cooke met at a party. Hmmm. His family has a different version of events in a book that you can get online. Another bio is Dream Boogie: The Triumph of Sam Cooke

As for the Hacienda, if it's the hotel on Sepulveda in El Segundo (as the 2008 Times reported), obviously it's come up in the world. Some websites refer to the Hacienda as a 'two-bit joint' in south central LA. The Times of 2008 says it's in El Segundo, but the Times of the times (always wanted to write that!) claims the Hacienda was on S. Figueroa. 9137 S. Figueroa, to be exact--no where near El Segundo.

9137 S. Fig is now the Star Motel, according to SeeingStars.com. Looking at Google, it looks like an apartment building.

Hmmm again. I've not caught the Times in this sort of error before. I really intended to blog on the Hacienda Hotel in El Segundo, but that's not where Sam Cooke died. The papers from the 1960s are very clear on the address, and the place was called the Motel Hacienda. 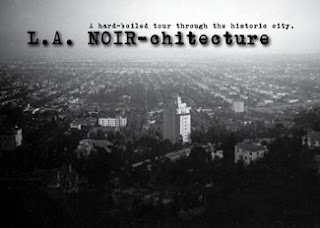 If you're burned out on cemetery tours and haunted houses--but still fascinated by the dark side--there's a hard-boiled tour of Los Angeles' Film Noir sites on November 9th. This is a self-guided event; you buy your ticket and show up between 10 am and 4 pm at the different sites, and a docent tells you all about it.

LA-NOIR-chitecture is a one-time event and runs from 10 am to 4 pm on Sunday, November 9th. Tickets must be purchased by the previous Friday, the 7th.

The tour is $30 (discounted if you're a member of LA Conservancy) and Reservations are Required! (There's actually a good reason for that--Warner Bros won't let anyone onto the lot if they're not on The List.)

Posted by Vickey Kall at 3:12 PM No comments:

Los Angeles has a Halloween blog! It's called Creepy, and it's a veritable gusher of information. From it I learn that:

Here's an item not from Creepy: the 13th Annual Long Beach Cemetery Tour takes place Oct. 25th. Show up between 9 and noon at Sunnyside Cemetery on Willow with $18 of disposable income (unless you're a student or a member of the LB Historical Society--you get special rates.)

Posted by Vickey Kall at 5:32 PM No comments:

Rosie the Riveter in Inglewood 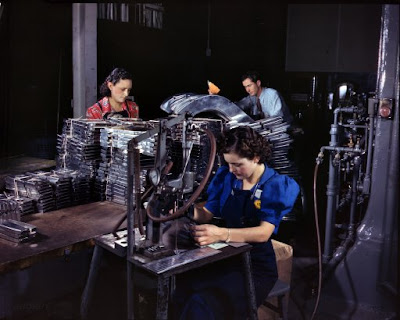 Posted by Vickey Kall at 5:28 PM No comments:

Diane Keaton wrote an editorial for the Los Angeles Times, looking back on the unsuccessful fight to save the Ambassador Hotel. She listed reasons--green, economical reasons--why preservation makes more sense than new construction. Here's one I was surprise to learn: "construction of new structures alone consumes 40% of the raw materials that enter our economy every year. "

So pierce my ears and call me drafty...I didn't know that! But here's a breakdown. Per the U.S. Green Building Council and LEED Certification--

Can you tell my google included 40%?

Be that as it may, I would love to see a side-by-side comparison of (column a) the cost of erecting a new building, including clearing the real estate of previous buildings, and the entire construction costs, and (column b) the cost of remediating/renovating/remodelling an older structure into something equally usable. And maybe a note about maintenance costs for each.

Posted by Vickey Kall at 2:21 PM No comments:

Phillipe's: A good time was had by all 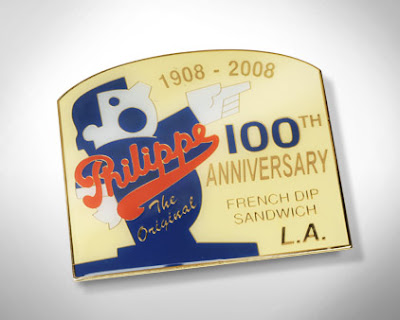 I missed Philippe's Anniversary, but I can still buy this cool pin at their website, Philippes.com.

Looks like Huell Howser was there as emcee, along with the USC marching band and about a million other people. The Los Angeles Times covered the party--actually, they covered the lines waiting to get into the party. People came from everywhere to celebrate and buy French dips for ten cents--their price 100 years ago. Remember when keyboards used to have cents-signs on them? That was about fifty years ago.

You want photos? We got photos. Here's a link to LAWeekly's 15-pic display (it's slooooow). The Times also has two online photo spread (and here) of the festivities, as well as a story about how the French dip was invented straight from Philippe Mathieu's grandson. And here's a piece from last April about Philippe's, but you can also find historic photos and tidbits on Philippes.com.

So now the standard has been set. Do we have any other 100-year-old restaurants in this area? Any coming close? Musso and Franks--how old are they? 89. Well, the next party has been given a template. This is how you celebrate.

Posted by Vickey Kall at 1:53 PM No comments: 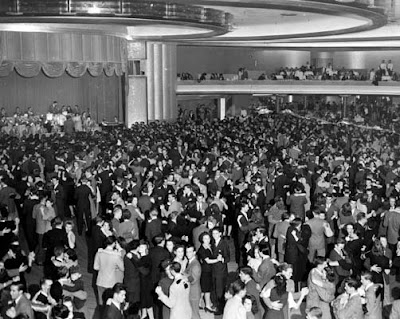 Posted by Vickey Kall at 7:53 PM No comments: