First mention of a gang in Los Angeles?

Well, maybe. On page 3 of the December 17, 1881 Los Angeles Times, a headline reads "A host of Los Angeles hoodlums" (also referred to in the story as "a company of local bloods") played a prank on one Leo Bundy of New York.

Readers of the day were told that the prank was the "old, old snipe joke, played so many thousand times." It consisted of convincing Mr. Bundy that snipe were to be had at the river bottom. After tramping a mile, setting up candles and sacks (presumably to hold the birds, once bagged), the merry pranksters left Mr. Bundy on watch while they went off to guide the birds to him. Poor Mr. Bundy sat waiting, his gun at the ready, till past midnight.

The success of the joke was "complete and glorious" according to the Times.

Guess you had to be there.

Posted by Vickey Kall at 3:25 PM No comments:

The Long Beach Historical Society hosts a panel discussing the "Past, Present, and Future of Development and Architecture of Long Beach" on November 20 at 6 pm.

Where? Good question. Their announcement doesn't say and their website is seriously out of date (appropriate for a historical society, I guess). The website does have some cool pictures, though, like the one at right.

Their phone number is 562-424-2220. It sounds like a fascinating panel, with people from the LBHS, city representatives (including the Historic Preservation Officer), and local architect Jon Glasgow. 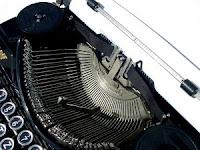 I apologize in advance for not posting much this month, but I've signed up for the National Novel Writing Month (NaNoWriMo), and am committed to turning out a 50,000 word first draft of a novel set during the Gold Rush. It's a blast but leaves little time for skimming ProQuest files, googling old buildings, or stuff like that.

If anyone would like to fill in for me or contribute a piece, please comment to this blog entry!

Posted by Vickey Kall at 9:44 AM No comments: 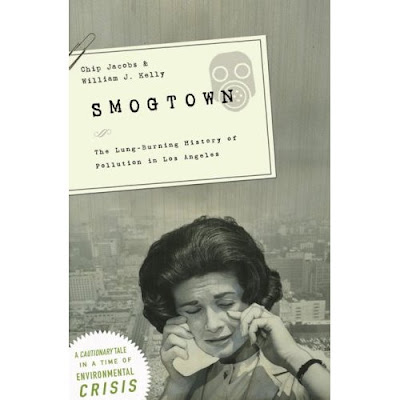 You think we got it bad now? Nah, we don't got it bad now! In the 1950s and 60s smog was much worse than it is today. Remember brown-outs?

Although LA was known centuries ago as the Valley of Little Smokes, Smog-the-Inscrutable settled in on July 26, 1943. People suspected war-time factory sabotage or industrial leaks, but in short order they realized that Los Angeles' car-crazy commuters had created the problem themselves.

And we solved it ourselves, too...sorta. Well, it's a work in progress.

Here are reviews from the LA Times, Publishers Weekly (scroll down over a third of the way for October reviews), and--just for good measure--an NPR interview with Patt Morrison (in this case, scroll to about 2/3 down the page). Kirkus calls it "zany and provocative cultural history," which of course is what cultural history is all about. More stuff at the book's website.

Posted by Vickey Kall at 3:34 PM No comments:

Email ThisBlogThis!Share to TwitterShare to FacebookShare to Pinterest
Labels: books 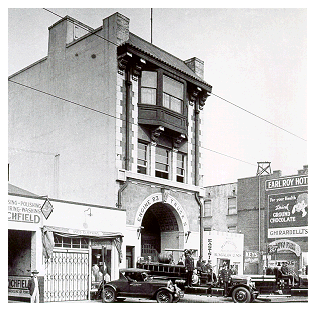 Steve Harvey did the "L.A. Then and Now" column this Sunday and wrote about our old fire stations. One--Station 23 on 5th Street--was the station in Ghostbusters. How cool. I always assumed that place was in New York, and since I don't hang around Skid Row I never took a good look at it.

Shoulda known. The Biltmore Hotel was used in Ghostbusters, as well as the Doheny Library at USC, the downtown library, Greystone Mansion, and . . . here we are, at filming locations for the entry at imdb.com: Fire Station 23, 225 E. 5th St. 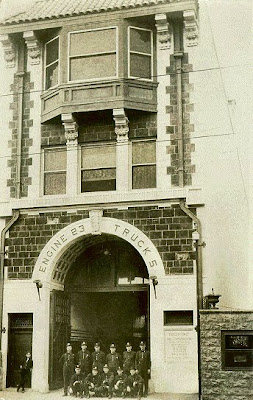 #23 has also been in The Mask, Big Trouble in Little China, Flatliners, and a few other movie and TV shows--even an A Team episode.

As a real fire station, #23 operated from Oct. 2, 1910 till Nov. 23, 1960. Ten stalls for horses were built into it originally. Quite ornate for a fire station--polished oak floors, French beveled glass mirror hanging over a Vermont marble mantelpiece, leaded glass bookcases, and Peruvian mahogany panelling. Not to mention a marble shower, and double tub in the chief's quarters.

These pictures are from the LAFire.com site. This last one is dated May 15, 1915, and shows men on some of the six brass poles, the horses (the hay was kept on the 3rd floor, which was not a problem since the building included an elevator). The site includes many other wonderful shots, names of the firemen, and a history of the horses. 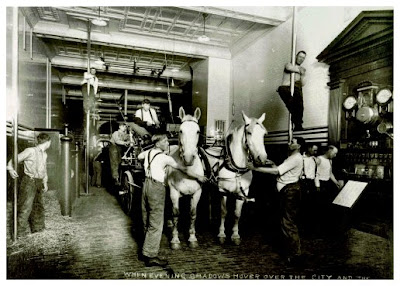