Rebuilding Together in Los Angeles 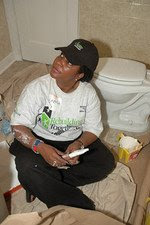 People are more important than the homes that shelter them, but it is wonderful when saving a classic home and improving lives coalesce.

Rebuilding Together is a national organization that helps homeowners in dire need with repairs. The homeowners' income must meet a minimum, and preference is given to veterans, the elderly, disabled, and families with children. The requirements pinpoint the most vulnerable people, who truly need a warm, dry home.

All that being said, Rebuilding Together has started helping local homeowners and hopes to repair one hundred Los Angeles homes this year.

The Los Angeles Times wrote up the reroofing, rewiring, replumbing, and refurbishing that went on to save a 107-year-old Craftsman style home on East 41st Place. The Times has pictures of that, but this photo comes from the Rebuilding Together SoCal website.

Posted by Vickey Kall at 3:26 PM No comments:

Email ThisBlogThis!Share to TwitterShare to FacebookShare to Pinterest
Labels: homes

Dig up a parking lot and what do you find? Mammoth bones! 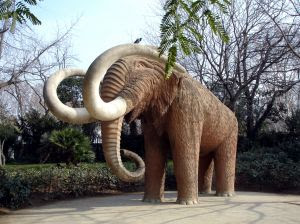 How come my brother and I never found anything like that when we decided to excavate our back yard?

Well, for starters, we were probably a little too far from the Tar Pits. And the parking lot being dug up belonged to the old May Company on Wilshire, right down the street from said Tar Pits. The site is called "Project 23" and you can see pictures and details here, courtesy of the Page Museum.

You can even read the Excavator's Blog! Or you can view KTLA's story and photo gallery, or the Los Angeles Times story.

BTW, it's not called Project 23 because the chief paleontologist is a big Jim Carrey fan. No. Because the construction schedule doesn't give them a lot of time to excavate at the site, workers extracted 23 huge aspaltic blocks of material from the parking lot and crated them up in wooden boxes like those used to hold big trees and their roots. Hence the name. One of the crates weighs 56 tons! However, the mammoth skeleton is separate from those 23 crates.

What have the paleontologists found? The nearly intact skeleton of a Columbian Mammoth that they've named Zed, with tusks almost ten feet long. And if you go to the Page Museum, you can watch (through the big glass windows) as scientists remove the protective plaster from the bones and carefully, carefully, study them.

All this dates back to the Pleistocene Ice Age, up to 40,000 years ago. And while bits of at least 34 mammoths have been found at the La Brea Tar Pits, Zed (who stood about 10 feet tall) is the first fairly complete specimen unearthed.

What Used to Be Here? 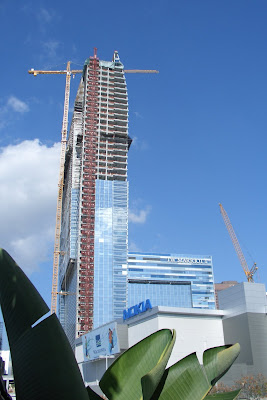 Just something for the "How-Quickly-We-Forget" folder.
Posted by Vickey Kall at 5:42 PM 2 comments: 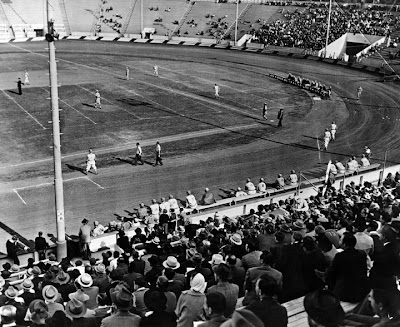 What were folks doing seventy years ago in Los Angeles?

Well, ten thousand of them crowded into the Gilmore Stadium to watch a stunt show put on by the Riding Actors and Hollywood Stunt Women Associations. The best news? Only one performer out of the hundred in the show was hurt--a man who broke a rib in a car crash.

This picture of Gilmore Stadium was taken in April, 1939, when a crowd of 3,500 (ouch!) watched the Hollywood Stars defeat Portland. It's from the Los Angeles Public Library's Herald Examiner Collection. 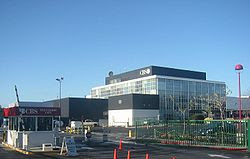 Gilmore Stadium, btw, stood bounded by Beverly, Curson, Third, and Fairfax. It was torn down in 1952 so that CBS Television City could be built, but until then it hosted football games and other sports shows.

Posted by Vickey Kall at 4:16 PM No comments:

Charles See's first candy store and candy factory was at 135 N. Western Avenue. He opened the place in November 1921, and used a photo of his Mama (Mary See, left) as the face of his new company. Since Charles was using her recipes--and designed his black-and-white tiled store to imitate her kitchen--that must have seemed appropriate.

Charles was actually trained as a pharmacist and switched to selling chocolate when a fire destroyed the two drug stores he owned in Ontario, Canada. He studied the business methods of a very successful Canadian chain of chocolate stores called Laura Secord. Relocating to Pasadena, he built his own business on the Laura Secord model. 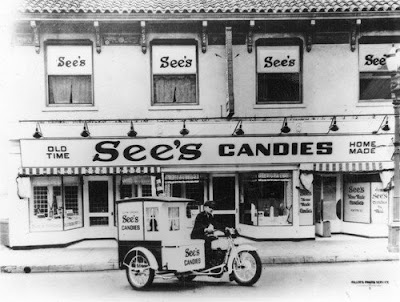 In the 1920s, according to Answers.com, See's began "using distinctive Harley-Davidson motorcycles for deliveries. The motorcycles were fitted with a large sidecar embossed on all sides with the black and white See's logo." That's one in the picture. Also in the 20s, See's began building a big factory on Washington Blvd.

Mary lived into her 80s and died in 1939. By that time, See's Famous Old Time Candies had expanded to San Francisco, where their headquarters is now. They do maintain a factory here in Los Angeles. Charles' son Lawrence took over the business after his Dad's death in 1949, and was the genius who started putting See's shops in all the new shopping malls. According to Wikipedia, See's buys its chocolate from Guittard, and has since the 1950s. Since 1972, See's Candies has been owned by Berkshire Hathaway.

Why blog on this? LA Curbed pointed out last week that developers wanted to tear down the original See's store building on Western and put up a strip mall. They have a great picture of the building as it stands today, covered with signs in Korean. The roof, eaves, and windows are very distinctive though; the building really has not changed that much.

So, preservationist and archivist Charlene Nichols approached the City of Los Angeles Cultural Heritage Commission and asked them to preserve the building. She came with letters from the See's current VP and many civic organizations, and with a 5-pound box of See's candy, according to the Los Angeles Times.

The commission has agreed to consider the request, but here's what bothers me. As the Times tells it, "They [the commission members] politely turned down the samples of milk almond, vanilla buttercream and maple walnut candies on ethical grounds..."

Let me be clear: there is nothing ethical, or even human, about turning down a free sample of See's vanilla buttercream. I say we vote the bums out. Ok, so they're appointed by the Mayor. He should throw the bums out. No one who turns down See's chocolate can be trusted.

The bums are here, btw. They look like nice people, but so do most aliens before they suck your souls out. Passing on See's chocolate....are they serious? 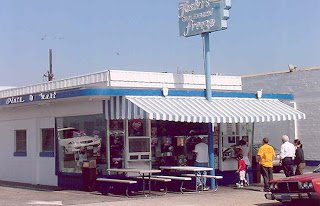 The Daily Breeze ran a story about the Foster's Freeze in old Torrance--the Baldwin family that bought the place in the mid 70s is retiring. Where does that leave South Bay residents who crave an occasional orange freeze? Well, the new proprietor says nothing will change, and that's good. Especially since, as the Breeze revealed, a demolition permit was issued only a month ago at the property owners' request, but was quickly rescinded.

The place actually opened in 1947, as store #23 of the Foster's Freeze chain. According to the company website, George Foster opened the first Foster's Freeze opened in 1946, on La Brea Ave. in Inglewood, introducing the world to soft-serve cones. If store #23 opened only a year later, either soft-serve cones were addictive or business start-ups cost a lot less in those days. Or maybe the numbering was skewed.

Los Angeles County, behind nearby Hawthorne's and Glendale's. This picture (undated, by Jim Melashem, in the Los Angeles Public Library collection) shows the Glendale store, across the street from the Mobil station. Looks like the 50s.